Have you ever had a small misunderstanding blow up into something huge? One minute you’re disagreeing over something relatively minor and the next thing you know voices are raised, tears are flowing, and someone is ready to throw something.

Even in the family of God we will sometimes find ourselves at odds with one another. There will be disagreements, misunderstandings, frustrations, arguments, and hurt feelings among brothers and sisters in Christ. We won’t always be able to avoid conflict, but as we learned in part one, we can approach it with the right posture. We need to care about truth and love equally, and make a conscious choice to prioritize the relationship over being proven right.

Sounds great. But HOW? In this post, we’ll talk about two strategies that can help:

Keep the conversation focused on issues and not identity.

See what great love the Father has lavished on us, that we should be called children of God! And that is what we are! (1 John 3:1)

We are children of God, secure in our Father’s love. But emotions can run high in conflicts because we can turn issue conversations into identity conversations. For example, if you find yourself getting overly defensive, angry, or hurt because a fellow Christian leaves a snarky Facebook comment on an article you shared, it might be because you feel attacked as a person, and not because they’re disagreeing with your opinion. After all, we like to think we are good people — intelligent, thoughtful, and wise. A challenging comment can feel like an attack on that self-perception. So, our reaction is going to be much stronger than if we’re just having a difference of opinion. The outcome is likely going to be different too. Focusing on the issue, and steering clear of identity allows for greater understanding and compromise.

Let’s imagine a scenario. You have neighbors that you’re friendly with, but their dog is barking incessantly and making it hard for you to work from home. With a chorus of barking as the soundtrack to your thinking, you consider several options. You could call animal control (seems extreme). You could post a nasty message on the neighborhood’s Facebook group (seems passive-aggressive). You could leave an anonymous note taped to their front door (seems wimpy). Or you could go and talk to your neighbor face to face.

While the final option scares you, it seems like the right thing to do. Now, how can you start this conversation in a way that has the best chance of success? (As we defined it in the last post, success is expressing our point of view while trying to preserve the relationship). Knowing that your neighbor may get defensive if they feel like you’re calling their “good neighbor” identity into question, you could start the conversation by putting them at ease. “Hey Stan, you’ve always been a thoughtful neighbor, so I was wondering if you knew that Rex barks a lot during the day when he’s left outside?” You’ve tried to neutralize the question of identity so you can focus on solving the issue.

Sometimes in our social media saturated world, there are voices who make this transition from issue to identity for us. Before we know it, we let ourselves get roped into defending our character, not our position. Right now, in our COVID-19 affected world, I’m seeing all kinds of debates rage on Twitter and Facebook about whether you should wear a mask when you go out. At times, these discussions have become less about the issue and more about what mask wearing says about you as a person. Some make wearing a mask a symbol of living in fear. Some say going without one means you don’t care about others.

See the problem? When a disagreement moves from issue to identity, tempers flares, feelings get hurt, and relationships are put in jeopardy. Don’t take the bait! Let’s keep our disagreements focused on the issue, and not what our position supposedly says about us as people. We can also be humble and gracious even when we vehemently disagree.

Humility and grace are your biggest allies in a fight.

“Finally, all of you, be like-minded, be sympathetic, love one another, be compassionate and humble.” (1 Peter 3:8)

When we enter into a conflict, we will invariably feel like the truth is on our side. We will arm ourselves with all the reasons we are right and the other person is wrong. Those weapons might help us triumph in an argument, but alone they aren’t going to help us win by preserving the relationship. Humility and grace will.

I don’t know if you’ve noticed, but humility is a big deal in the Bible. In their letters, both Peter and James warn the churches with Proverbs 3:34, “God opposed the proud, but gives grace to the humble.” Humble people don’t have to prove themselves right, and they recognize that they could be wrong. When it comes to interpersonal conflict, there is rarely one person who is 100% in the right. We all have different perspectives on situations, and some of them could be wrong. We all have our blind spots.

Humble believers also realize that they can be ignorant, selfish, inconsiderate, foolish, rash, arrogant, insensitive, and a whole host of other sins. Not only do they know it, but they can lay down their pride and admit it. Why? Because they have been accepted completely by the Father and been forgiven in Christ. They apologize when they’re wrong and forgive when they’re wronged, because their identity is not found in how right they are, but in how loved they are.

Humility and grace are twin allies in a conflict. Gracious people extend kindness, even when it costs them something. And what a difference kindness makes in a conflict! It’s a bucket of cold water on a fire before it can rage out of control. We can be humble and gracious in a conflict because we’ve been given an unfathomable storehouse of love, peace, and acceptance.

Conflicts devolve when we adopt a take-no-prisoners mindset and answer every lobbed grenade with return fire. But what if, in our conflicts, we went even beyond preserving relationships to striving to bless the other person? What if we invited those snarky comment-leavers to an in-person or virtual coffee because we are genuinely interested in getting to know them and understanding their views? What if we offered to help our neighbor by letting their dog out while they’re at work so they didn’t have to leave him outside all day? What if we turned arguments and disagreements into meaningful conversations that deepen our relationships. We could repay others with blessings by allowing conflict to reveal their needs and trying to meet them. 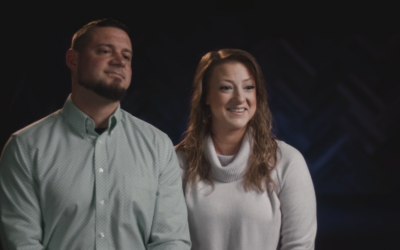 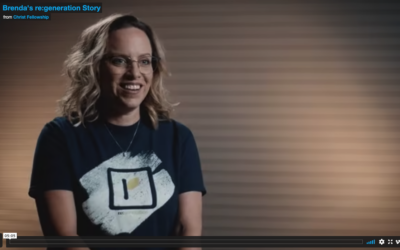 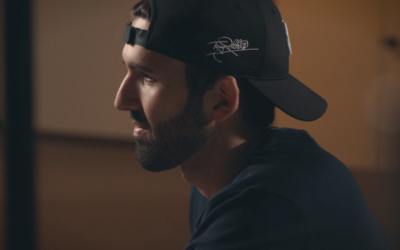 Watch: How COVID Changed A Life

https://vimeo.com/533612908 Zach grew up in the church, but it was not until COVID that he entertained the thought that maybe everything he grew up learning at church was not a lie. Check out Zach's story of wrestling with the idea of Jesus and the resurrection.